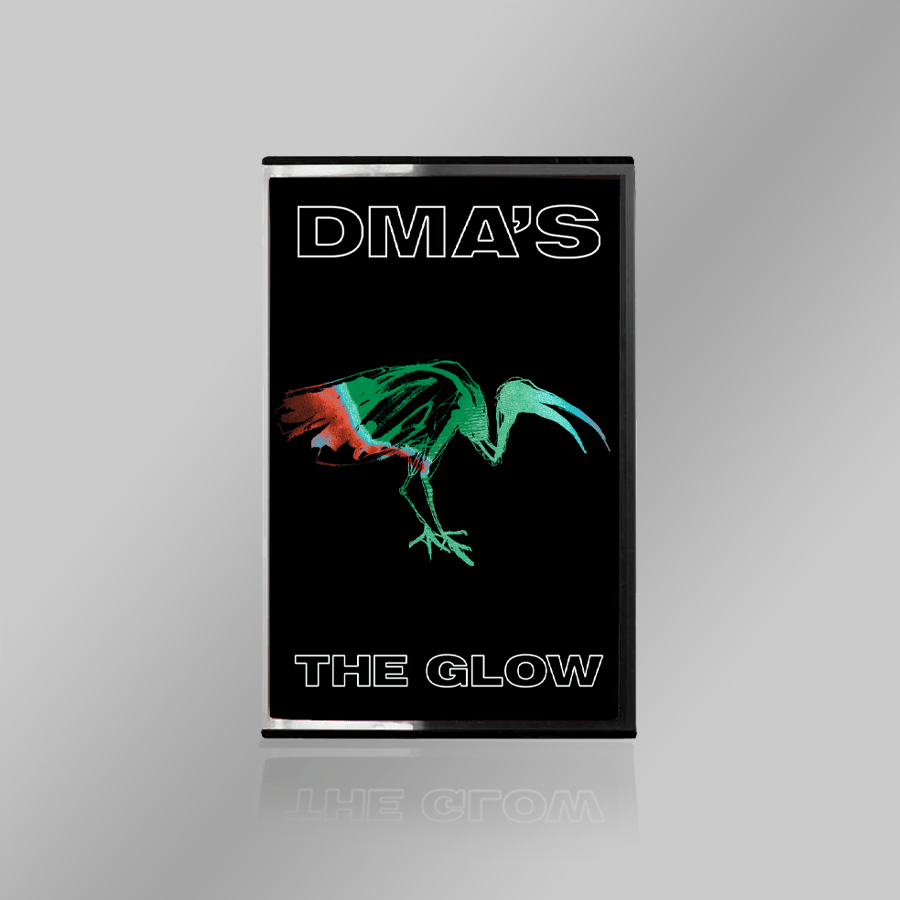 The following files are included with this item:

The Glow’ finds DMA’S fulfilling their world class potential with a collection of songs that are destined for arenas. From their emotive heart to their towering, anthemic hooks, the core traits that have earned the band a growing global following are all in place. But with the help of producer Stuart Price (The Killers, New Order, Madonna) DMA’S have elevated both sides of their sonic spectrum to new heights.

It’s a mission statement that the trio immediately encapsulate within the opening two tracks. A swaggering mash-up of Screamadelica-era attitude, big beat dynamics and modern alt-pop flair, ‘Never Before’ immediately sets the tone. The title track then keeps that energy firing, a rapid-rush of melodic energy, joyous optimism and a new-found confidence in Tommy O’Dell’s vocals. As suggested by the recent single ‘Silver’, DMA’S are expanding the scale of their sound. ‘Life Is A Game Of Changing’ is an anthemic and euphoric mix of electronica, melodic guitars, pounding drums and O’Dell’s melancholic vocals and then ‘Criminals’ introduces the biggest contrast on the record, its punchy, groove-focused hook taking flight from its restrained verses. The Lennon-esque intro to ‘Learning Alive’ soon turns itself into something unexpected, pulling on the heart-strings and scaling up the drama with a stirring string section. And yet DMA’S save the biggest surprise for last. ‘Cobracaine’ is a celebration of everything the band can be. It’s a maximalist melting pot of sounds: an escalating wall of guitars - the foundation for a tense, almost trancelike beat with vocals filtered through harmonies and vocoders. And as it hurtles to its mesmerising conclusion, one thing is certain: this is the most fully realised of the band’s three albums to date.

The following files are included with this item: